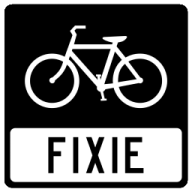 In your test project, add a class whose name ends with 'Tests'. The public methods are assumed to be tests. This is the 'default convention'.

Tell Fixie how to find your tests.

Let's say you don't like the default convention. You'd like to define your own convention to support async setup steps whenever a test class contains a SetUp() method. To customize the test discovery phase, subclass Discovery.

With this customization in place, a test class's SetUp() method will no longer be treated as a test method.

Tell Fixie how to run your tests.

Use your testing convention.

Writes some tests that leverage your new convention.